You are here: Home / Home & Garden / How Much Money Do You Save With Solar Panels? 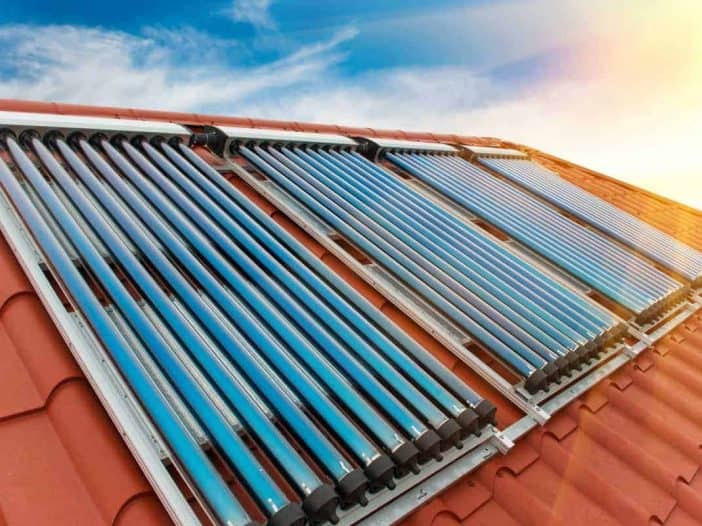 If you’re interested in upgrading and saving some extra cash on your electric bills, you can easily do so with solar panels. Solar panel not only save you money but it is also great for the planet.

However, there are a couple of things that you should think about before you decide to make the switch. Read on as we dive into everything you need to know about solar panels and how much money they can save you.

How Much Money Can You Save With Solar Panels?

From the most straightforward point of view, solar panels will save you a ton of money. However, there are still some things that determine your savings, like the angle of your roof and its size and the total amount of direct sunlight that comes into contact with your panels.

With that said, your local electricity rates also play quite an essential role in this.

There are always new exciting investment opportunities in today’s society that make big claims from the get-go as they promise to save you more money than you ever will in your life.

In the same light, solar panels are no different, and they can quickly reduce your savings, making them quite a big hit. Due to this, more and more people are switching every day.

How Much Money Can Your Solar Panels Save You?

Before we can calculate this, there are a couple of things that you need to understand. The first being the amount you spend each year on your electric bills.

If you didn’t already know, the average household in the United States alone spends roughly $1,500 on electricity each year. This is calculated based on the rate of $0.1328 per kWh.

However, you’ll still need to consider the fluctuation in the prices over the coming years. Compared to the utility costs of solar panels, regular electricity rates generally increase from time to time.

Within the last decade alone, customers have had to pay an increase of roughly 2.2% with each new year. In essence, the current inflation rates make solar panels seem like a more reliable source where homeowners can quickly produce their own electricity.

Using solar panels will leave your initial energy costs set at a fixed rate. This just simply means that you’ll no longer need to foot the bills if ever commercially available electricity goes up.

However, solar panels tend to cost homeowners quite a hefty investment. Still, the costs are usually for the installation, and some electricity is the panels don’t meet your household’s full demands.

So, even in the instance where your panels don’t completely cover you, you’ll still need to spend some extra on either electricity or deciding to put more panels up.

The following serves to indicate the savings in the following states as they apply to several assumptions. These are stated below:

The following indicates the estimated savings according to some states for a 20-year period:

It should be noted that the previously quoted figures do include federal tax credit.

Would I Still Have An Electric Bill With Solar Panels?

One of the easiest misconceptions that everyone tends to have is that their electric bills will disappear after switching. However, it doesn’t work in that manner.

As a result of the net metering initiative, any quantity of electricity that isn’t used by your home will be set to the grid. This is done in exchange for credits that are applied to your bill.

The purpose of this allows homeowners to use electricity from the grid at night without having to pay if the amount they supply is the same that is needed during the night. If, for some reason, you pull more from the grid than you supplied, then you’ll see the charges on your bill.

Hence, you’ll still have an electric bill even if your solar panels are up and absorbing all of the energy from the sun’s rays. It’s best to keep in mind that you won’t always need to spend any money even though you receive a bill.

If, for some reason, you’re always supplying more than you use, your credits usually always roll over to the next month so that you can keep on saving.

For most, the financial returns are the main reason for making the switch. While money is a huge deal, it still isn’t the only thing you’ll save when you switch. Installing solar panels on your roof is also an excellent initiative for saving the environment and reducing harmful emissions.

One of the main concerns is how much it is going to save. According to the state-of-the-art Environmental Protection Agency’s formula, you’ll be able to calculate the amounts that you can reduce.

The formula also allows users to quickly determine the amount of energy produced and how it can successfully offset the natural gas used. The following is an estimation of the size of a system and how much carbon dioxide it will reduce each year:

The next time you find yourself thinking about the emissions produced every year, keep in mind that each 6kW panel works in the earth’s favor as it reduces a decent amount of emissions each year.

If your main idea for making the switch were to reduce your financial constraints, you’d also be reducing carbon emissions.

While this may be a massive step for homeowners, their initial investment will pay off in the long run. Homeowners can expect to save as much as $30,000 each year on their electric bills depending on their location.

If you live in a state where the electricity is generally expensive, making such an investment is in your best interest. The best part of it all is that it’s completely risk-free, and you’ll even be saving the environment.

So, if you’re ready to make the switch from electricity to solar panels today, be sure to check out the best solar panel deals near you.

Erik Knudson is a personal finance blogger with many years of experience working in the financial industry. He's currently in pursuit of FI/RE (Financial Independence Retire Early) and writes at Frugal Living Freedom to share ideas on how to save money and live a more frugal life. Erik is a lover of fine Kentucky bourbon and has two dogs - Rex and Frank.